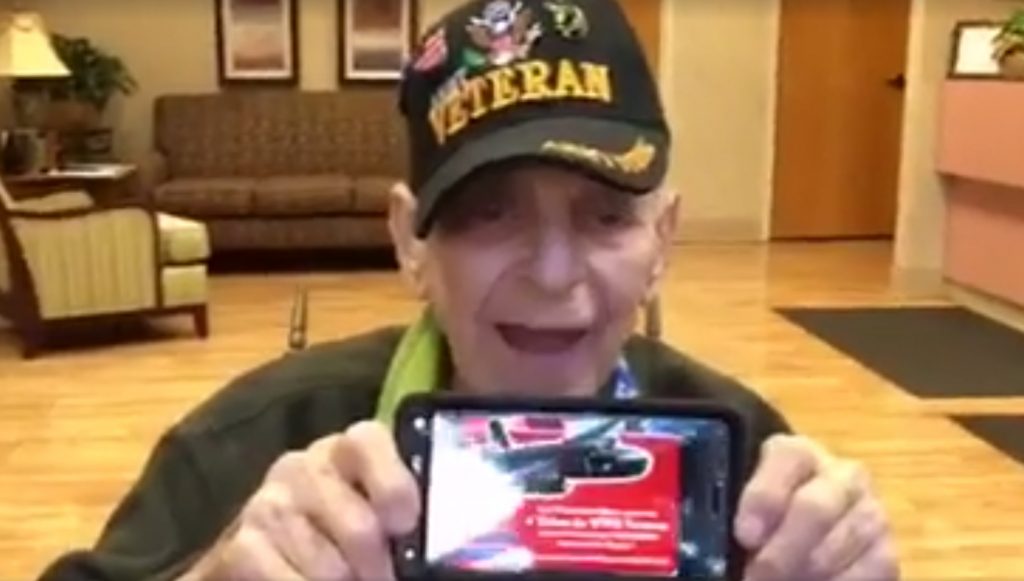 “It’s a very happy moment for me.”

Thanks to the donation of one law firm, John has just learned that he’ll be flying over Kentucky in a B-25 bomber — a plane made famous during John’s time in the service.

The flight and veterans dinner was hosted by Honor Flight Bluegrass Chapter and was held on August 12, 2016 at Bowman Field, Southeast of downtown Louisville. But John’s flight, and the flight of three other veterans, was only made possible through a donation from retired Army Officer Karl Truman.

Lieutenant Colonel Karl Truman, USA, Retired, had two career goals: to be an attorney and to be an officer in the United States Army. He is proud to have had the opportunity to fulfill both goals and it’s why Mr. Truman and the entire law firm continue to express their gratitude, and offer support, by actively contributing to the Veteran community.

“It is events like these that are so important, because they provide a way for us to show gratitude to the veterans who serve our country.” said Truman.

In addition, the Karl Truman Law Office was honored to be a part of an important event held for veterans in Louisville, the B-25 Flightless Dinner for WWII Veterans.

“So many of the freedoms that we have today are directly attributable to the sacrifices our veterans made,” he said. “It’s important that we honor them while we still can.”

Now a practicing Louisville personal injury attorney in Kentucky and Indiana, Mr. Truman remains firmly committed to supporting the brave young men and women who serve and the community around him. He has volunteered for organizations and causes including:

Although Mr. Truman served in the US Army for 30 years before retiring in 2009, he clearly remains personally committed to giving back. Thanks to his continued effort, members of the greatest generation are still getting experiences of a lifetime.

For more information on Lieutenant Colonel Karl Truman’s law firm, visit www.trumanlaw.com. Be sure to check out the video of John Baker Wheatley Jr. celebrating his flight.

For experienced dentist Dr. Jarrod Cornehl, the opportunity to give back is one … END_OF_DOCUMENT_TOKEN_TO_BE_REPLACED

One in every 600 children in Guatemala is born with a cleft palate. Many of … END_OF_DOCUMENT_TOKEN_TO_BE_REPLACED