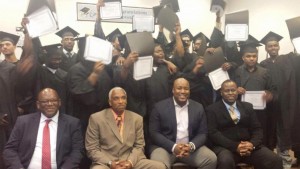 Anyone viewing Sheldon Smith’s history would imagine that he would end up another statistic. Like nearly half of all African-American children in the US, he grew up without a father figure that he could rely on. His father was in and out of jail and his life. Like other kids in this situation, he fell in with the wrong crowd. At 17 years of age, he was arrested and charged with robbery. He went to prison as a result.

Most kids who go to prison at a young age end up repeating their crime and are in and out of prison for the rest of their lives. But Smith’s prison experience would be his turning point. “I was scared. The whole experience was horrible,” says Smith. “I never wanted to go to prison again.”

When Smith was released from prison, he completed high school and even attended community college. Thereafter, he started a small construction company. In May 2009, Smith’s daughter was born. “I vowed to stay in her life,” he recalls. Now he’s helping other fathers do the same.

The birth of an idea

During the presidential campaigns of 2008, Smith listened to President Barack Obama’s speech when he came to Chicago. “He talked a lot about the responsibilities fathers had to their children,” recalls Smith. “He didn’t talk about employment and education, but about fatherhood. This is the missing component in many children’s lives.”

Statistics show that children who grow up in homes with a father are less likely to be involved in criminal activities or have teen pregnancies. The president’s message made a huge impact on Smith. He founded the Dovetail Project shortly thereafter.

The Dovetail Project isn’t mandatory. The men who take part in it volunteer to get the support and help from the program. The program gives them an opportunity to discuss things that are bothering them and to vent. The program also teaches them life skills, including financial literacy as well as parenting skills to help prepare them for life as responsible fathers.

When they complete the program, they are assisted in securing employment or getting their GED. They then have the opportunity to apply what they’ve learned.

“My goal with the program was to break the cycle which I saw in my life and in my community,” says Smith. “Each of these men is seeking an identity, but they don’t know where to get it from. We provide them with the resources to be better men.”

For experienced dentist Dr. Jarrod Cornehl, the opportunity to give back is one … END_OF_DOCUMENT_TOKEN_TO_BE_REPLACED

One in every 600 children in Guatemala is born with a cleft palate. Many of … END_OF_DOCUMENT_TOKEN_TO_BE_REPLACED 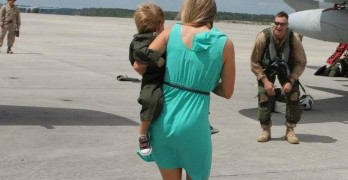