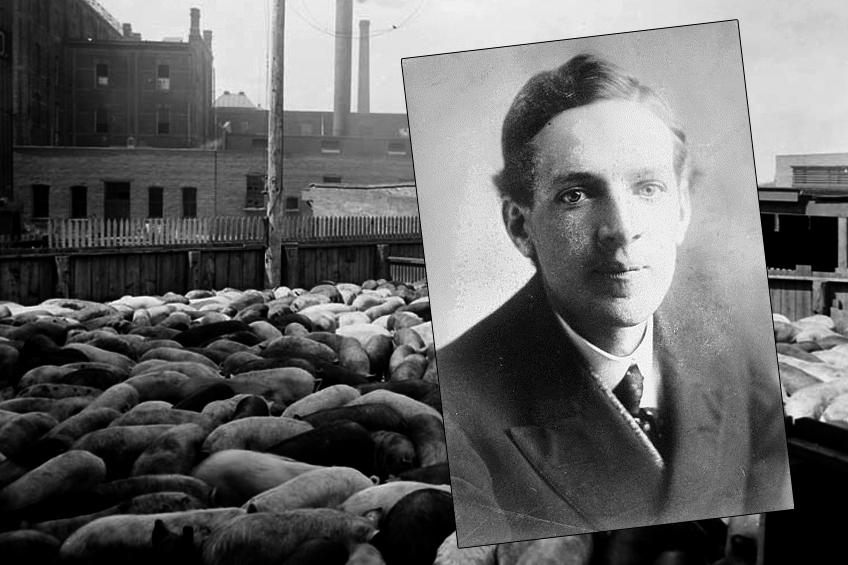 Is the name Upton Sinclair familiar? You might recall reading his novel The Jungle in school, but few know who he really was. Sadly, no one seems to know what he aspired to be, and how passionate he was for the betterment of the American people.

The Start of a Journey

Upton Sinclair was born in Baltimore, Maryland on September 20, 1878. At the age of 10, Sinclair’s family moved into a New York apartment where Sinclair was exposed to the dichotomy of poverty and the upper class. That exposure significantly impacted his personality and opinions later in life.

Sinclair was a gifted writer from childhood, often writing short stories and articles for magazines since the age of 14. Sinclair graduated from what is now the City University of New York at the age of 18 and continued his studies at Columbia College for two more years. At the end of Sinclair’s scholarly career, he decided that he wanted to become a serious novelist. This was the beginning of Sinclair’s rise to fame.

However, being a serious novelist was harder than Sinclair had anticipated. He worked as a freelance journalist during his early years to make ends meet. His first novel Springtime and Harvest was widely rejected, but Sinclair nevertheless published the novel himself.

Sinclair’s political involvement is what led to the start of his impact on America. Sinclair was sent to Chicago in 1904 by the newspaper Appeal to Reason to write a piece on the mistreatment of workers in the meatpacking industry. After doing weeks of first-hand research into the meatpacking industry, Sinclair wrote the manuscript for The Jungle.

After initial rejection by publishers, The Jungle was finally published on February 26, 1906. The novel then immediately moved into the bestseller list and was printed in 17 different languages within just three months. Social outcry ensued after the release of The Jungle, as people were deeply moved by the detailed descriptions of vile and often disturbing meatpacking processes. However, Upton Sinclair was disappointed in the reaction of the public due to its lack of concern for the conditions that the meatpacking workers had to endure and notably said “[With ‘The Jungle’] I aimed at the public’s heart and by accident I hit it in the stomach.”

The success from The Jungle only fueled Sinclair’s determination to succeed. Shortly after he became famous, Sinclair was invited to the White House to meet with Theodore Roosevelt, convincing him to promote legislation that became the Pure Food and Drug Act, and the Meat Inspection Act of 1906, both were among the first statutes to enforce food and drug regulation.

With the money collected from royalties of The Jungle Sinclair built Helicon Hall, a co-op founded in New Jersey in an effort to reduce poverty. The building burned down less than a year later forcing Sinclair to move on to other prospects.

Over the next few decades Upton Sinclair wrote several novels including Oil! in 1927 (which is now the Academy Award winning film There Will be Blood) and Boston in 1928. During this time, Sinclair followed political pursuits and ran for Congress but was unsuccessful in doing so.

After the Depression, Sinclair again focused his attention to politics and organized the End Poverty in California (EPIC) movement, which allowed Sinclair to develop a platform to run for Governor in California as a Democratic candidate. In anticipation of his success Sinclair confidently wrote the piece I, Governor of California and How I Ended Poverty: A True Story of the Future in 1933. Sinclair lost the election for Governor, but garnered a respectable 37 percent vote margin in the three candidate race. He then later wrote a more humble piece, I, Candidate for Governor: And How I Got Licked in 1935.

Upton Sinclair turned back to writing again in the 1940’s earning a Pulitzer Prize for the novel Dragon’s Teeth, a novel detailing Hitler’s rise to power and the political aspects of the time. Sinclair wrote more than 90 books, 30 plays, and far more works of journalism throughout his life until his death in New Jersey on November 25, 1968.

Upton Sinclair was a determined, and passionate man who tried to make the world a better place. So today, June 30th, 2016, on the 110th anniversary of both the Meat Inspection Act and the Pure Food and Drug Act of 1906 , we should remember Mr. Sinclair as the man who led the way through the dense jungle of society.

For experienced dentist Dr. Jarrod Cornehl, the opportunity to give back is one … END_OF_DOCUMENT_TOKEN_TO_BE_REPLACED

One in every 600 children in Guatemala is born with a cleft palate. Many of … END_OF_DOCUMENT_TOKEN_TO_BE_REPLACED