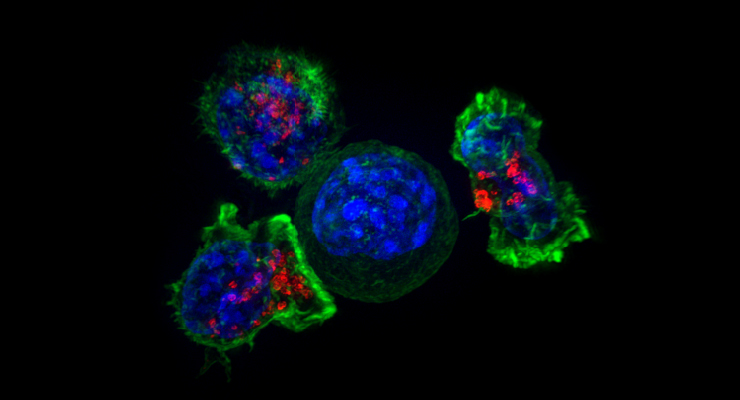 There is a form of cancer treatment that you may not be aware of. It’s called “CAR T-cell therapy” and it turns your immune system into a cancer-killing machine. The process involves extracting the T-cells already inside of your body, biologically re-engineering them to hunt and kill cancer cells, multiplying the “killer T-cells” by the millions, and then releasing them back into your body. This treatment has been known to completely eradicate certain kinds of blood cancer and is expected to be federally approved by next year.

The idea for cell therapy stems from the discovery made by William Coley in the 1890s. He discovered that the immune system can be used to attack cancer, though cases of this were extremely rare. Needless to say, cell therapy has come a long way. The CAR T-cell therapy is unique, because each treatment is developed specifically for each patient. This, in a way, makes treatment special for each person but also very complex.

So who do we have to thank for this miracle treatment? Three men by the names of Dr. Steven A. Rosenberg, Dr. Carl June, and Dr. Michel Sadelain. Each of these men contributed, though not alone, to the process of cell therapy and we would like to tell you a little more about them.

In 1968, Steven A. Rosenberg was conducting gall bladder surgery on a patient that had previously developed stomach cancer. Rosenberg knew that not all of the cancer had been removed from the man’s body, or so he thought. Rosenberg was astonished when the man’s liver, which was thought to still host many small tumors, was completely cancer free.

Rosenberg began research immediately, feverishly developing new methods and studies into how a man’s immune system could fight against cancer. Rosenberg joined the National Cancer Institute in 1974, where he developed a method of expanding and proliferating T-cells using interleukin 2 (IL-2). However, his initial attempts had failed and at times had caused severe allergic reactions in his patients. But Rosenberg remained undeterred.

“I loved the night.” Rosenberg later wrote in his book, The Transformed Cell, “I remember the exhilaration of working through the night in a lab, drinking thick pasty coffee that had been on the burner for hours, walking out into the sunrise. To be alone and out on the edge like that, there was no feeling like it in the world.”

Rosenberg had been unsuccessful in his attempts until 1984, a decade after he had joined the National Cancer Institute. This is when he met Linda Taylor, a Navy officer suffering from a terminal case of melanoma. Well… at least it was terminal, Linda Taylor is still alive today after all.

The remission of Ms. Taylor catapulted Rosenberg’s fame in the medical community and even got him the cover of a few newspapers. Although, cell therapy’s success was still very limited at that point, only affecting 10 percent of people who suffered from melanoma and kidney cancer. Eventually Rosenberg developed a technique in which he would remove tumors from a patient and extract the T-cells that had already penetrated the cancer cells. Rosenberg then multiplied these cells and injected them back into a patient, which raised the success rate or the therapy to 25 percent.

Carl June was a researcher for the Naval Academy, which had him look into bone marrow transplants and treatments for soldiers with radiation poisoning. Although, once the Cold War ended and the Navy lost interest in radiation treatment, June found interest in T-cell research. Eventually, June (along with the help of Dr. Bruce Levine) created a technique to multiply T-cells in a lab at mass quantities.

June initially used this technique to aid in the research of the H.I.V. virus, although something changed that made cancer research very personal to June. His wife, Cindy June, was diagnosed with ovarian cancer in 1996.

June worked relentlessly to treat his wife, and used all treatments available to him, but Cindy June still died in 2001. Afterwards, June focused his efforts on cancer treatment. In an interview with The New York Times June said “Things that were back burner for cell therapy became front burner.”

Rosenberg was on the lookout for promising leads in cell therapy, and later met and worked with June.

With Rosenberg and June working with each other, they were able to reproduce T-cells and use them to “boost” the immune system, but they were missing a secret ingredient. They needed a way to target the cancer cells specifically, a “targeting system” so to speak. This is when Dr. Michel Sadelain entered the picture.

Sadelain proved that his design was successful in mouse cells in 1992. Sadelain then asked to work with Dr. Campana’s CAR cells and later showed his work to Rosenberg and June. The three men finally had all the pieces they needed for their “killer CAR T-cells.”

The Beginning of the End for Cancer

Rosenberg, June and Sadelain have all published multiple studies together and independently, and each of them has won numerous awards for his work. The evidence of their achievements is evident in the patients that they have successfully treated.

Make no mistake however, as the treatment is not flawless. For example, Bill Ludwig had already paid for his own funeral, according to The Times. When he initially started cell therapy, his lungs began to fail, his legs swelled to twice their size, he began to hallucinate, and his blood pressure dropped. But at the end of it, Ludwig (along with all of his doctors) were amazed that five pounds of tumor in his body had disappeared.

Ludwig thanked June for his help in the treatment by saying, “It’s hard to describe someone who basically saved your life. He lost the one he loved, and turned around and saved me years later.”

On the other hand, there are some people that cell therapy can’t help, and the effects that cell therapy has on a patient in order to eradicate cancer are grueling. “The solid tumors that kill over 90 percent of people do not respond to anything we have now.” Said Rosenberg to the Times.

Perhaps that is why the researchers of cell therapy are relentless in the efforts to destroy cancer. A great example of this determination is a story that Arie Belldegrun, who now runs the company commercializing the National Cancer Institute cell therapy technology, tells about Rosenberg.

Belldegrun asked Rosenberg to work for him at one point and recalled that: “He sits quietly and then he asks, ‘Arie, why don’t you ask me what I want to do?’” After Belldegrun asked Rosenberg what he wanted to do, he replied, “Every day that I go to work, I’m as excited as a kid coming to a new place for the first time. If you ask me what I want to do, I want to die on this desk one day.” Although, one hopes that Rosenberg will make cancer die before he does.

We would like to congratulate Steven A. Rosenberg, Carl June and Michel Sadelain on their success in cell therapy, and to thank them for helping save the lives of many.

This story is based on an article in the New York Times.

For experienced dentist Dr. Jarrod Cornehl, the opportunity to give back is one … END_OF_DOCUMENT_TOKEN_TO_BE_REPLACED

One in every 600 children in Guatemala is born with a cleft palate. Many of … END_OF_DOCUMENT_TOKEN_TO_BE_REPLACED