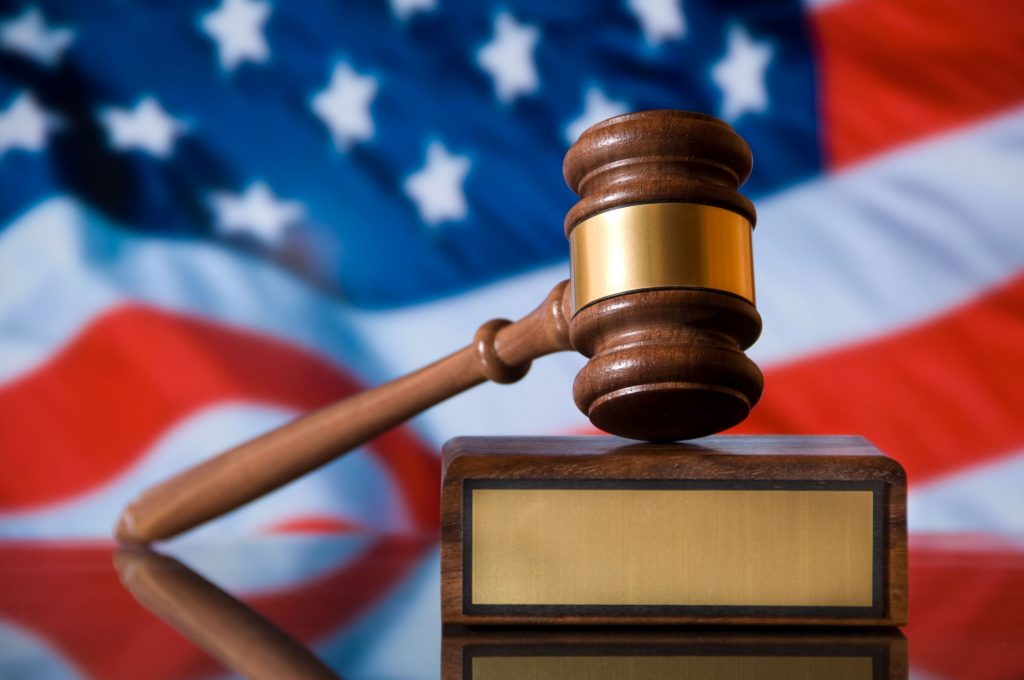 You Should Know newsletter has recognized four people for their remarkable contributions to society, and we would like to recognize them as well. The people listed have been chosen because they “stepped up to make America a safer, more just nation.” The criteria used by You Should Know to pick these nominees were:

Dr. Mona Hanna-Attisha is a pediatrician who discovered the water and health conditions that exposed the Flint Michigan water crisis. The discovery was made when a friend and colleague of Dr. Hanna-Attisha, who works for the Environmental Protection Agency, conveyed her concern that Flint Michigan did not test their water supply for “corrosion control.” The discussion between Hanna-Attisha and her friend drifted to the concern of lead from old pipes leaching into the water system. This prompted Hanna-Attisha to start research the very next day while she was at work at Hurley Medical Center.

“It was the easiest research project I’ve ever done.” Hanna-Attisha said in an interview with CNN. Being a pediatrician, Hanna-Attisha had access to hundreds of medical records which she combed through looking for elevated lead blood levels. Unfortunately, Hanna-Attisha’s fears were true. In fact, she found some areas in Flint Michigan where children’s test results showed triple the amounts of blood toxicity in comparison to the surrounding Genesee County area.

Normally, a doctor or other researcher would publish their findings in a medical journal when this kind of discovery was made, and maybe it would be read by a handful of professionals. But that type of action wasn’t good enough for Hanna-Attisha, who conducted a press conference when she confirmed her findings.

Needless to say, people were astonished when Hanna-Attisha made her claim. The source of the lead in the water was from a state-governmental move the previous year to switch the source of public drinking water from Lake Huron to the Flint River to save on state funding. So, when when Hanna-Attisha announced her findings she received enormous press attention, and state backlash.

Researchers of the state would present their own statistics that contradicted with Hanna-Attisha’s numbers. In the interview with CNN, she recalls “You know, you check and you double-check, and you know your research is right. The numbers didn’t lie, but when the state is telling you you’re wrong, it’s hard not to second-guess yourself.” The moment of vindication for Hanna-Attisha finally arrived when she discussed her research with a state health health official who said to her “You know what? Our findings are consistent with your findings.”

It is because of Hanna-Attisha’s efforts that the Flint water crisis was exposed, and without her, we would most likely still be in the dark.

Do you know what “forced arbitration” is? Well you should, because statistically one-third of all US non-union employees are under a forced arbitration contract. Forced arbitration is a loophole in the legal system that allows large companies to avoid litigation. They do this by having their employees “consent” to having a third party arbitrator make a legally binding verdict on their case.

There are several potential problems with this process. First of all, the arbitrators who hear your case do not have to be legally trained, or even make a verdict based off of US law. Most arbiters, in fact, are hired by the company who employs the worker who is making a claim. This creates a bias against workers in an arbitrated hearing, but there is nothing that a worker can really do about it. This, in part, is because cases that are arbitrated by companies are not open to public access, meaning that the public cannot know about any details regarding an arbitrated case. Furthermore, any decision made by an arbitrator or panel of arbitrators (who, if you remember, are paid by the company you’re making a claim against) cannot be appealed. Thus making an arbitrated decision final, and legally binding. Even the notion that these hearings are conducted under both party’s “consent” is a bit of a stretch. Mainly because these arbitration agreements are often masked within the pages of contracts that many workers are forced to sign in the hiring process.

There was very little that workers could do in order to receive a fair trial, that is, until Minnesota Senator Al Franken decided to close the “forced arbitration” loophole. Al Franken has been fighting to have “forced arbitration” laws amended to be fairer for workers for years. Franken’s attempts finally won a major victory when he authored and helped pass the “Arbitration Fairness Act of 2015” which stops companies from arbitrating claims involving an “employment, consumer, antitrust, or civil rights dispute.”

Thanks to the efforts of Al Franken, countless employees have the right to pursue their claims in court.

West Virginia University has a small handful of scientists who spend their time testing car emissions. Though modest in appearance, this team is responsible for the discovery of Volkswagen’s emissions scandal.

It all started when the International Council on Clean Transportation gave the team a $50,000 grant to record the emissions produced by diesel-fuelled vehicles. The team didn’t assume much, they were really just excited to be doing the work. A member of the team, Arvind Thiruvengadam, stated to NPR, “Our happiness was, ‘Wow, we are going to be the first guys to test diesel cars on the road.’” Though, they had no idea what they would find.

Dan Carder, who leads the team, told Reuters in an interview, “The testing we did kind of opened the can of worms.” The team themselves could not believe what they had discovered at first. In the same interview, Carder stated, “The first thing you do is beat yourself up and say, ‘Did we not do something right?’ You always blame yourself…(We) saw huge discrepancies. There was one (VW) vehicle with 15 to 35 times the emissions levels and another vehicle with 10 to 20 times the emissions levels.”

The data the Carder and his team collected was a bit “under the radar” at first. As the data that they did have was actually released in 2013. However, eventually the US Environmental Protection Agency heard about the study and conducted a barrage of their own studies to confirm the team’s findings. Sure enough, the EPA had uncovered the truth that Volkswagen had been cheating on emissions tests for nearly a decade.

The system used by VW vehicle to cheat emissions tests was to use an onboard computer to detect when an emissions test was taking place. During which point, the vehicle would enable a “Nitrogen Oxide Trap” that would absorb the toxic fumes emitted by the car. However, when the car was operating on the road, the car would turn off its nitrogen oxide trap to increase fuel economy, but significantly increase emissions as a result.

Without Dan Carder and his team, the discovery that VW had been undermining US emission laws may have never been made. Thus, we owe them thanks for making our environment a safer and cleaner place.

It’s no secret that bullying is plaguing American schools. There is one story that truly underlines this point.

A 13 year old girl named Megan Meier was the joy of her family’s life. Megan had dreams and aspirations like any girl her age, and loved boating, fishing, dogs, rap music and boys. Megan’s life wasn’t always easy, according to her mother, Tina Meier. Megan suffered from depression periodically and was at times not confident in her self-image.

Megan met a boy on MySpace named Josh, who was seemingly kind and handsome. This was a comfort for Megan, as Tina stated “Megan had a lifelong struggle with weight and self-esteem. And now she finally had a boy who she thought really thought she was pretty.” Tina was weary of the situation, as she knew that online social networks were not always a safe place for children.

Eventually, Megan became distraught over her social reputation on MySpace. Tina recalls that one day she needed to take her other daughter to the orthodontist, and asked Megan to log off before she left. Tina received a phone call from Megan while at the Orthodontist minutes later. Megan was in tears on the other end of the phone telling her mother about the cruel things that everyone had been saying of her. And it seemed that her friend Josh had flipped opinions of her overnight, leaving Megan emotionally stressed.

Tina rushed home after the call and found Megan sobbing in their basement. Tina was furious not only that her daughter had not signed off of MySpace, but also of the horrible things people had said to her online.

Megan later stormed to her room while Tina and her husband discussed what had happened and prepared dinner. That’s when Tina suddenly had a “God-awful feeling” and went upstairs to check on her daughter.

Tina found that Megan had attempted suicide, and tragically died the next day from her injuries.

Tina and her husband later found out that “Josh” from MySpace had never even existed. The reality is that other people, including full-grown adults, had created a fake account to play a joke on Megan and had used it against her in the end.

After Megan’s death, Tina founded Megan Meier Foundation, which spreads awareness of bullying of all forms. The Megan Meier Foundation’s mission is to “Support and Inspire Actions to End Bullying, Cyberbullying, and Suicide.” Currently, Tina Meier travels around the country, conducting seminars for students, educators, administrators, parents, counselors, law enforcement officers and other professionals to tell Megan’s story and to inform them about the dangers and impacts of bullying.

Tina’s efforts have inspired many people to show compassion and respect towards one another, and for that she deserves our sincerest thanks.

To all of the amazing people nominated for the “Justice Served” award, we would like to extend our gratitude, and congratulate you for your achievements in making America a much better place.

For experienced dentist Dr. Jarrod Cornehl, the opportunity to give back is one … END_OF_DOCUMENT_TOKEN_TO_BE_REPLACED

One in every 600 children in Guatemala is born with a cleft palate. Many of … END_OF_DOCUMENT_TOKEN_TO_BE_REPLACED