After a long day, is there anything more refreshing than a cold can of beer?

Actually, there is – a cold can of water.

Last week, Anheuser-Busch began canning drinking water for donation to the victims of the recent floods in Texas and Oklahoma. The first shipment of 50,000 cans is due to arrive this week. The water is being produced at an AB brewery in Cartersville, Georgia. 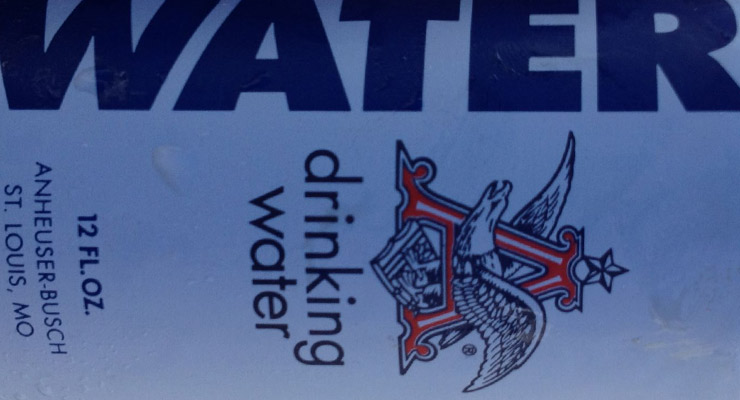 This isn’t the first time the company has produced water for disaster relief. Since 1988, they’ve distributed about 73 million cans of drinking water. Check out this Reddit thread where users recount a wide variety of disaster relief stories related to AB canned water.

To distribute the water, the brewer often turns to the American Red Cross.

“When a need for water looks imminent, we can count on Anheuser-Busch to help. They are a proactive partner with a priority to help communities during times of stress and disaster,” Cindy Erickson, CEO of American Red Cross of Eastern Missouri, told CNN.

The 12 ounce water cans are white with the Anheuser-Busch logo and the word “WATER” in large print. While the plant diverts some resources away from beer in order to make water, they still continue to make beer, too, so consumers around the country won’t be affected. (Not that beer is more important than people’s lives, of course – we were just curious about how it all worked.)

Dangerous Flooding and an Urgent Need

Texas and Oklahoma have been devastated by historic rainfall and flooding. The National Weather Service estimates that over 35 trillion gallons of rain have fallen on Texas during the month of May – enough to cover the entire state with eight inches of water!

At least 25 people have been reported dead in Texas and Oklahoma, with countless others displaced or otherwise affected.

It can be easy to view these donations with a cynical eye and say these companies are only taking action because they want positive press. But, at the end of the day, real people are getting real help when they need it most.

Of course, you don’t need to be a major corporation in order to make a difference. If you’d like to help with relief efforts, we recommend The Salvation Army and The American Red Cross. You can also text 90999 to REDCROSS in order to make an automatic $10 donation.

Times are tough in Texas and Oklahoma. We’d like to raise a glass in honor of everyone who is helping out!

For experienced dentist Dr. Jarrod Cornehl, the opportunity to give back is one … END_OF_DOCUMENT_TOKEN_TO_BE_REPLACED

One in every 600 children in Guatemala is born with a cleft palate. Many of … END_OF_DOCUMENT_TOKEN_TO_BE_REPLACED